Impact of Divorce on Children

Negative Impact of Divorce on Children

If you have children and are considering a divorce, please be aware of the impact divorce can have on them.  Multiple studies have analyzed the effects that divorce has upon children and the results are eye-opening and truly disheartening.  If you are already divorced and have children, being aware of  behavorial issues can help prevent or reduce some of the negative impact of divorce may bring upon your children.

Here are some negative effects divorce may have on children:

Children of divorced families are at least 40% more likely to begin smoking before turning 18 than peers whose parents are married. (Source: University of Toronto study published in Public Health, March 2013)

Children of divorced families more often fall behind their classmates in math and social skills, and are more likely to suffer anxiety, stress, and low self-esteem.  It is unlikely that children of divorce will be able to catch up with their peers who live in more stable families. (Source: University of Wisconsin-Madison study, 2011)

Children of divorce run a 35% risk of developing health problems, compared to a 26% risk among all children.  This higher susceptibility to illness is likely due to “very significant stress” suffered by children of divorce.  Divorce can also reduce the availability of health insurance, and may lead to a loss of certain factors that contribute to good health, including constant adult supervision and a safe environment. (Source: University of California Berkeley study, 1990)

Children of divorced parents suffer more cases of injury, asthma, headaches and speech defects than among children whose parents have remained married. (Source: “Family Structure and Children’s Health and Well Being” – Journal of Marriage and Family)

Researchers found a strong link between divorce and adult risk of stroke due to increased exposure to stress which can change a child’s physiology. (Source:University of Toronto study, 2010)

High school dropout rate for children of divorced parents is 2 times higher than children from married parents. (Source:  “Growing Up With a Single Parent: What Hurts, What Helps” – Harvard University Press, 1994)

The younger a child is during the divorce and the more changes they face, such as divorce followed by remarriage, the more difficulty the child may have finishing school.

Children from divorced families witnessing aggression (42 percent) were forced to comfort an upset parent (49 percent), and had to lie for one or the other (24 percent).  The outcome was that 1 in 10 turned to crime, and 8 percent considered suicide. (Source: 2009 poll by international law firm Mishcon de Reya)

Based on a 80 year study, children of divorced families died an average of 5 years earlier than children whose parents did not divorce.  Causes of death were both natural and unnatural, although males were more likely to die of accidents or violence.  Divorce generally lowered the standard of living for the children, particularly for girls. (Source:  The Longevity Project, 2011)

After becoming adults, children of divorce are twice as likely to attempt suicide than children from homes with married parents. (Source:  “Suicidal Behavior and Ideation in a Community Sample of Children” – Journal of American Academy of Child and Adolescent Psychiatry, 1988)

Teenage children of divorce are 3 times more likely (35% instead of 13%) to need psychological help within a given year.  Children from divorced homes have more psychological problems, than children from which one of the parents has died. (Sources: “Recent Advances in Selected Aspects of Adolescent Development” – Journal of Child Psychology and Psychiatry, 1993; and “Marriage, Divorce and Children’s Adjustment”, 1988).

Children of divorced parents tend to be more lonely, unhappy, anxious and insecure than children from married parents. (Source:  “The Long-Term Effects of Divorce on Children” – Journal of the American Academy of Child and Adolescent Psychiatry, 1991) 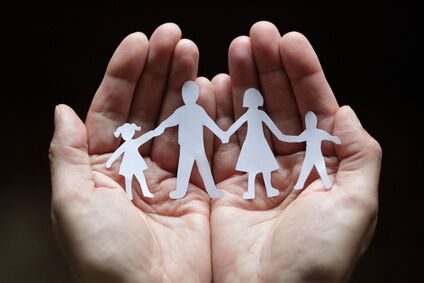