The process of obtaining a divorce in California is also known as dissolution of marriage.  It generaly follows the procedure outlined below:

Step 2:  Response from the Respondent (Other Spouse).

Response Filed Within 30 Days – If the Respondent files a response to the Petition within the 30 day deadline, both parties can begin negotiating for settlement.  This generally includes exchanging financial information and requesting temporary orders from the court on such issues as child custody, visitation, support and attorney fees.

The legal process of “discovery” refers to the exchanging and gathering of information relevant to the divorce.  The information can be in the form of documents which are exchanged between the parties or through testimony given in a deposition.  The parties may also ask each other “interrogatories,” which are written questions which require a response from the other spouse under oath.

During the discovery phase of the divorce process, you have the opportunity to obtain information from the other spouse concerning disputed issues.  The length of discovery will depend on the amount of property and liabilities acquired during the marriage (assets and debts) and which items are contested (not agreed upon by the parties).  Generally, the more assets and liabilities the parties have and dispute regarding division, the longer the discovery process will take.

When discovery is completed, and if the parties are unable to reach a settlement, either party may file a request with the Court to schedule a “Mandatory Settlement Conference” (MSC).  In fact, some courts schedule a MSC automatically.  The purpose of the MSC is to give the parties and their attorneys an opportunity to discuss the case and resolve contested issues.

The settlement conferences usually occur at the Courthouse, to enable the parties to request Court assistance in resolving disputed issues.  The Court does not usually make orders during these conferences, but instead encourages the parties to engage in meaningful settlement discussions to resolve or at least reduce contested issues.  However, the Court may provide advice to the parties during the settlement conference in the attempt to facilitate full or partial resolution of disputed matters.  It is also common for the Court to order more than one MSC if progress towards resolution is made or if resolution appears possible.

All issues that remain unresolved will be decided by the Court at trial.  A trial is a formal and final hearing on the merits.  The trial will address all disputed issues remaining in the divorce.  A trial can take as little as a half day or it may last several days  depending on the number and complexity of the disputed issues.  During trial, each side has the opportunity to present evidence in support of his or her position, including documentary and testimonial evidence through witnesses.  During trial, the spouses themselves will have the opportunity to testify on their own behalf, but may be subject to questions from the other party’s lawyer, commonly known as “cross-examination.” 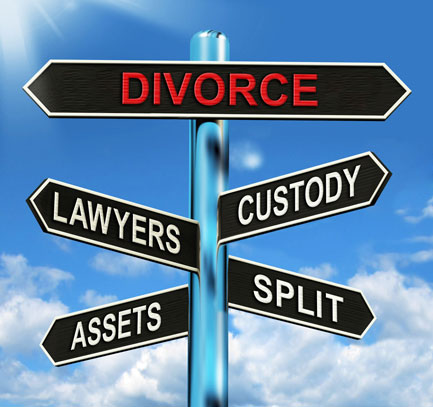